Toll'ing Us, Are We London?

One of the top stories going around social media right now is the emergence of a potential tolling system in Core Vancouver. This is due to be proposed to council on November 3, next week.
Naturally there has been outrage from the masses following this release. Essentially the emergence of this potential scheme has arisen from the provinces aim at reducing emissions.
So first of all, what would the toll look like?
Here’s a graph below for you to view: 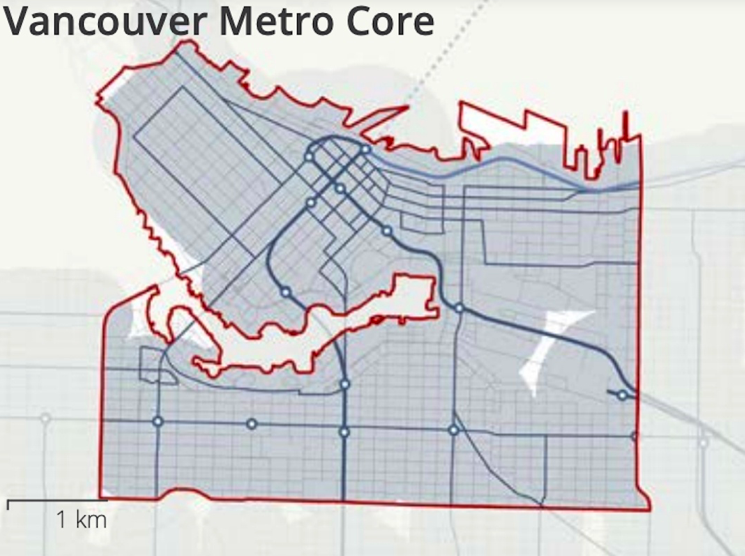 The defined area would be Burrard Street to the West, 16th Street to the South, and Clark Drive to the East, with those travelling over the Lions Gate Bridge also affected. As to the specific amount charged, we don’t have a set figure, but the estimate from sources is somewhere between the range of $5-$8 per day. It’s not been confirmed yet whether the amounts will change based upon time of day etc.
The goal naturally is to reduce the amount of congestion on busy roads, lessen greenhouse gas emissions and encourage those driving currently, to opt for public transport. The basis for this decision has been “It’s worked in London, Milan and Singapore” so it will in Vancouver.
As most of the masses have pointed out, it’s a lot more complicated than that.
First and foremost, as of the last official census in 2016, Vancouver itself has a population of 631,486 residents. This is just Vancouver, not Metro Vancouver. We would imagine that number has increased though since then, so let’s round up to 750,000. London on the other hand has 8.982M in 2019 and Singapore has 5.639M as of 2018. That begs the question of whether we should be treated in the same way, as we barely have 10% of these populations.
A key part of this debate is accessibility. London has quite frankly, the Rolls Royce of Public Transit. We are very, very far behind in that regard. In fact a study carried out in New York and London, suggested most people can effectively get to work and be mobile via public transit there, they just choose to drive themselves. Now although Vancouver is better than a lot of other Canadian cities in regards to Transit, we are not anywhere near ahead enough to support those people commuting from out of the city. To really put a wow factor on this - London has 270 Tube stations servicing a significantly smaller geographical area, Vancouver has 53 stations service a much wider area. If you’re coming from Langley, Abbottsford, or even areas within Vancouver, you are extremely limited as to how to get into the city without a vehicle.
On top of this, our transit systems are already heavily overloaded. Try asking any commuters who are running late and didn’t get to their designated stop early enough.
Further on from this is the timing of Covid-19. Residents and businesses alike have been heavily hit by the pandemic, a lot of which having a severe impact on their incomes. Is this now a time to be setting additional fees during the midst of a possible recovery? Studies in London also showed businesses were hit by 5-9% losses due to the reduced amount of traffic into their neighborhood stores. Looking at it from a Real Estate perspective, prices in these areas were hit by 19% on average.
Arguably it could be worse for Vancouver, given it is not the hub in the same way London is, as well as more people looking to work from home, leaving less and less reason, which equals desire, to venture into the city.
On the flip side, once the deficit has been paid for implementing this infrastructure, it is supposed to add a lot more to the wallets of the city. The goal as outlined right now is to use those additional dollars to further develop transit, as well as clean up the air quality and make roads safer. Equally as interesting, is the NDP have traditionally been against tolling, having removed the Port Mann bridge toll back in 2017. Having been re-elected, how will this play out now?
If tolling is to come into effect, it is expected to arrive in the mid 2020’s.
What are your thoughts on tolling Vancouver? Is it the right thing to do, or is it completely wrong?
Until next week,